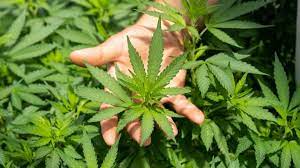 What are the effects of marijuana?

The effects of marijuana depend on the type of plant, the amount consumed, and the person consuming it. Generally speaking, indica strains produce a more relaxed feeling, while sativas provide more energy and focus. However, hybrids can produce both effects depending on their ratio of indica to sativa. The effects also vary depending on how much is consumed – small amounts will produce less intense effects than more significant amounts.

How long do the effects of marijuana last?

Again, this depends on the type of plant, the amount consumed, and the person consuming it. Generally speaking, indica strains generally produce effects that last longer than sativas. The effects of marijuana can last anywhere from a few minutes to several hours.

Can I Overdose on Marijuana?

No, you cannot overdose on marijuana. There is no known lethal dose of marijuana, so it is impossible to overdose on it. However, consuming large amounts of marijuana can lead to unpleasant side effects such as anxiety and paranoia.

What are some common side effects of marijuana?

Common side effects of marijuana include dry mouth, red eyes, impaired coordination, and slowed reaction time. Some people may also experience anxiety, paranoia, or panic attacks. These side effects are usually mild and go away after a few hours.

Can I get addicted to marijuana?

Yes, you can develop a marijuana addiction. However, the risk of addiction is relatively low – less than one percent of people who use marijuana will become addicted to it. If you develop an addiction to marijuana, you may experience withdrawal symptoms such as irritability, insomnia, and loss of appetite when you try to quit. Treatment for marijuana addiction typically involves behavioral therapy and counseling.

How does marijuana affect pregnant women?

Marijuana use during pregnancy has been linked to low birth weight and developmental problems in children. Pregnant women who use marijuana should talk to their doctor about the potential risks.

Can I get a DUI if I’m high on marijuana?

Yes, you can be charged with a DUI if caught driving while under the influence of marijuana. However, measuring how much THC (the active ingredient in marijuana) is in a person’s system is complex. Hence, prosecutors often rely on other evidence, such as erratic driving or failed field sobriety tests. Therefore, you should contact an experienced criminal defense attorney if you are facing a DUI charge.

Can I get in trouble for possessing a marijuana pipe?

Possession of a marijuana pipe is a misdemeanor offense in most states. However, some states have decriminalized possession of small amounts of marijuana, so you may only face a fine if caught with a marijuana pipe. You should contact an experienced criminal defense attorney to find out the specific laws in your state.

Can my employer fire me for using marijuana?

Yes, your employer can fire you for using marijuana, even if you live in a state where it is legal. In addition, most employers have drug policies prohibiting employees from using drugs, including marijuana. So, if you are subject to a drug test and test positive for marijuana, you may be fired.